Political round up April 7 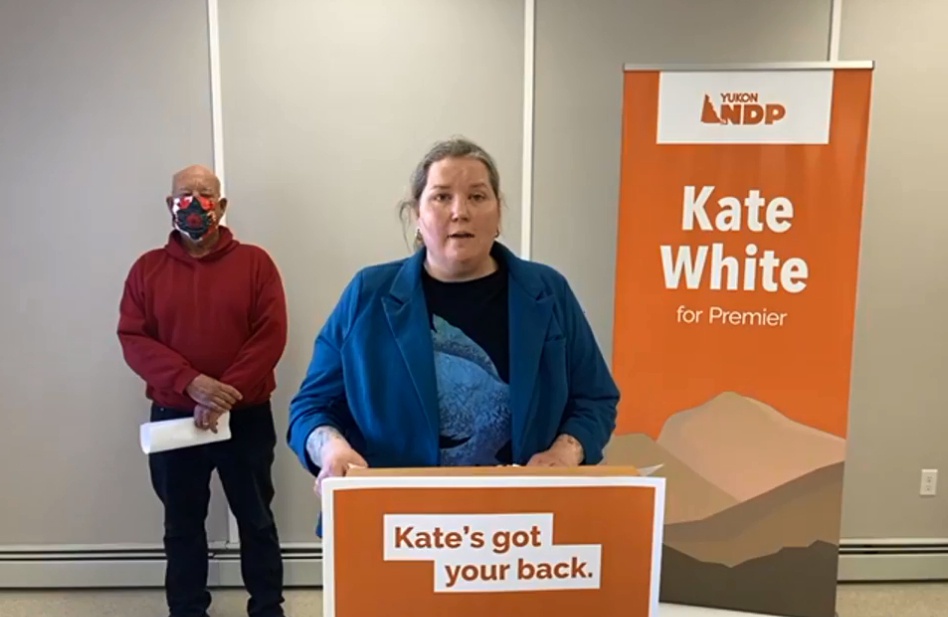 In just five days we'll know who will be the next premier of the Yukon. Here is the scoop on the territory's politics today.

Yukon NDP leader Kate White held a press conference alongside independent Don Hutton this morning to discuss the party’s plan to address addictions and the opioid crisis in the territory.

Here is what White had to say.

“We’re going to implement the recommendations from the strategies to reduce alcohol related harms and costs in Canada report because those are evidence-based policies that will make Yukoners healthier, happier, and safer. We’re going to build and staff the on the land addictions treatment centre people have been asking for. We’re going to make sure it’s culturally safe and appropriate for people, so they can feel comfortable to ask for and receive the help that they need. And we’re going to double the number of beds in withdrawal management, or detox, so that the minute someone decides that they need help they don’t have to go to the hospital and they don’t have to go it alone.” Says White.

White went on to say they an NDP government will open the Yukon’s first managed alcohol program. As well, they will open a safer consumption program and start a safe supply program.  White also said her party will open a multi-disciplinary chronic pain clinic to reduce reliance on opioids.

The Yukon Party says if they form the next government, they will take steps to address community violence.

The party issued a press release this morning saying, if elected, they will commit $1 million in new funding to combat sexual assault and provide services to survivors of sexual violence.

They also say they will take steps to implement the Yukon’s Missing and Murdered Indigenous Women, Girls and Two-Spirit+ People strategy.

The release also says that a Yukon Party government will implement Clare’s Law legislation to ensure that in defined circumstances, people at risk of domestic violence may be notified of their partners’ previous history of domestic violence or violent acts. As well they will work with Queer Yukon to make the Yukon Pride Centre a reality.

The Yukon Liberal Party announced, if re-elected, they will spend $50 million to support Yukon’s green economy.

The party says they will provide a rebate of $5000 for the purchase of an electric vehicle and $750 for an e-bike. They will also install more electric vehicle charging stations and work with British Columbia to electrify the highway from Vancouver to Tuktoyaktuk by 2025.

The Liberals also say they will mandate all new Yukon Government buildings to use 35 percent less energy than targets specified in the National Energy Code. As well, they will support the transition of home heating systems to renewable sources, with the goal of 1300 homes on smart electric heating by 2030.

When it comes to the territory’s energy needs, the party will implement Yukon Energy’s 10-year renewable electricity plan which includes purchasing hydropower from the Atlin hydro plant and constructing a new pumped storage facility at Moon Lake to store extra power for use in the winter.

The territorial election will take place this coming Monday.