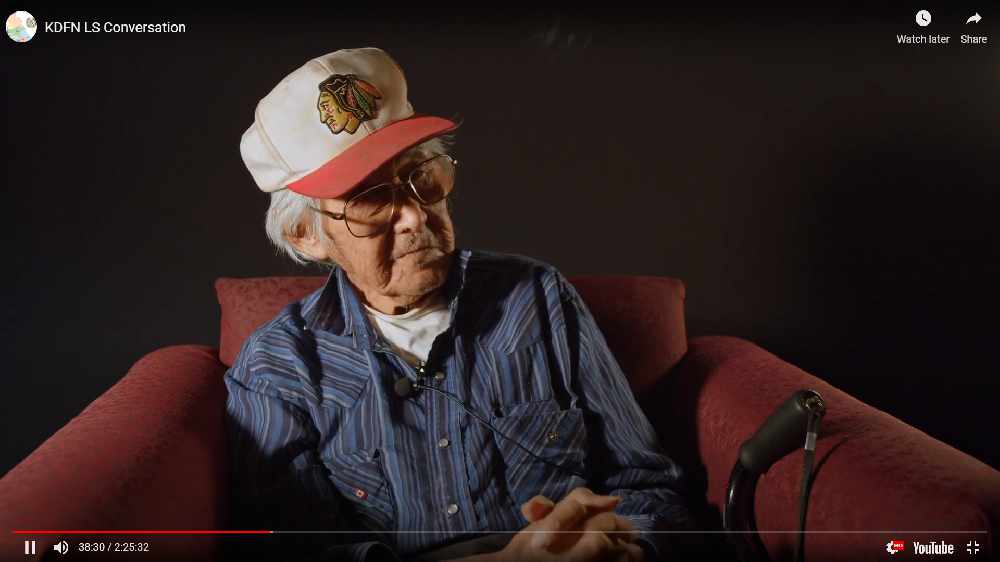 screen shot from one of the videos

Jules says she see the videos as a learning resource that can be used by teachers and students. She says the goal is to have a minimum of 20 to 30 videos at each grade level.

Grand Chief Johnston says it is all about passing the torch to the next generation.

“Particularly with the younger generations and the relationship with the elders, it’s so significant, not only to build that encouragement, but also to ensure that the consistency and the clarity around the language is being preserved because we want to move into a new realm where we have not just a hybrid of the language, but actually the true, in a lot of aspects, the old language if you will, being regurgitated into the next generation because that’s where the integrity, along with, as Tina mentioned, our stories and the beauty of it comes from.” Says Johnston

Jules says they hope to create more videos on a weekly basis by setting up a recording centre at the and Yukon Native Language Centre in the future.

The videos can be found at ynlc.ca/nrc_project.html