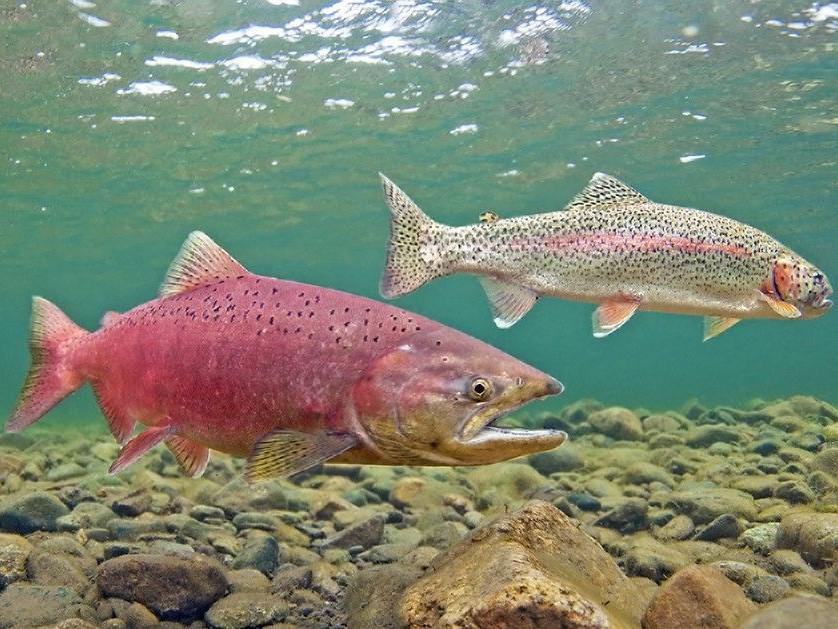 The in-season counts from Eagle Sonar, located in Alaska near the Yukon border, indicate that it is highly unlikely that the lower end of the Chinook spawning escapement goal (42,500 to 55,000) will be met this year.

As such, the Yukon Salmon Sub-Committee has recommending that all First Nations on the Yukon River and its tributaries implement additional measures to conserve Chinook Salmon.

The sonar site is located at approximately mile 1,210 of the Yukon River at a place known as Six Mile Bend. It is also seven miles downstream from the town of Eagle. The sonar site consists of two sonar transducers located across from one another on the banks of the river. The site's primary counting station and main camp are located on the river's left bank.

During spring break-up, ice jams can result in flooding. Since Eagle sonar site operations do not begin until after spring break up, this flooding does not disrupt sonar estimates. But extreme ice-jam flooding can damage sonar site facilities as it did in 2009.

The Alaska Department of Fish and Game located the Eagle sonar site at Six Mile Bend because it is just 18 miles downstream of Alaska's border with Canada and has an ideal riverbed profile for using sonar to detect fish. The river at the site has a linear bottom profile on both sides without large obstructions and flows through a single, approximately 1,400-foot-wide channel. 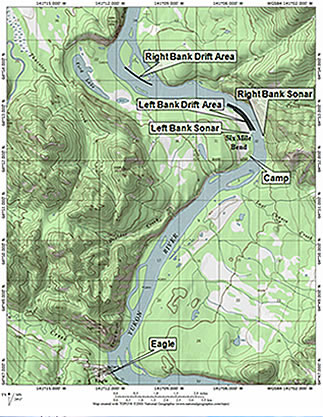 Of all the salmon that migrate past Alaska Department of Fish and Game sonar sites, salmon migrating past the Eagle Yukon River sonar site travel the furthest. Salmon that reach the Eagle sonar site have traveled 1,200 miles upstream. And as they migrate past the site and into Canada some travel more than 2,000 miles before they stop to spawn.

Because they are shared between two countries, these salmon are managed according to precautionary, abundance-based, harvest - sharing principles outlined in the Yukon River Salmon Agreement the United States has signed with Canada.

Eagle sonar project escapement estimates for king and fall chum salmon help ensure agreement obligations are being met and that Canadian-origin stocks are managed sustainably. ADF&G runs the sonar site in cooperation with Oceans and Fisheries Canada, which provides two of the site's technicians.