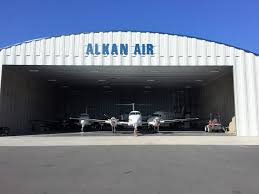 The Transportation Safety Board found that pilot decision-making was a factor in a fatal controlled flight into terrain accident. The aircraft departed from the intended route, turned into a box canyon having one-way access with steep walls and struck rising terrain.

The Transportation Safety Board of Canada released its investigation report into the Alkan Air accident near Mayo in August 2019.

In its investigation report (A19W0105) released today, the Transportation Safety Board found that pilot decision-making was a factor in a fatal controlled flight into terrain accident.

On 6 August 2019, a Cessna 208B Grand Caravan operated by Alkan Air Ltd. was on a visual flight rules flight to Mayo Airport, Yukon, with one pilot and one passenger on board. While enroute, the aircraft entered an area of low visibility and low cloud ceilings. The aircraft departed from the intended route, turned into a box canyon having one-way access with steep walls and struck rising terrain, fatally injuring the pilot and passenger. The aircraft was destroyed and there was a brief post-impact fire.

The high speed at low altitude and low visibility reduced the opportunities for the pilot to take alternative action to avoid terrain. Within the box canyon, the canyon floor elevation increased abruptly within less than one nautical mile and the low visibility prevented the pilot from detecting this and taking sufficient actions to prevent a collision.

Additionally, the aircraft's terrain awareness and warning system aural alerts were ineffective in warning the pilot of the rising terrain because he had already heard multiple similar alerts in the preceding minutes of flight, or had silenced these alerts.

Following the occurrence, Alkan Air Ltd. made changes to its Caravan operations, including requiring a second flight crew member for Cessna 208B Grand Caravan captains with less than 2000 hours. Before becoming a captain on the Caravan, candidates must perform as a second crew member on the Caravan for 1 season. The company has also made modifications to its emergency response plan.

Alkan Air President, Wendy Tayler said in a statement, "The entire Alkan Air team extends our sincere condolences to Shawn's and Julia's family, friends and colleagues. We appreciate the effort of the Transportation Safety Board in preparing this report as we continually work with the agency as a company and as an industry to ensure the health and safety of our employees and passengers."

"As a legal action was filed against Alkan Air on July 10, 2020 in Yukon Supreme Court, it is not appropriate for the company to comment on the accident, the Transportation Safety Board report or any related issues. Alkan Air thanks Yukoners for the support they continue to demonstrate and for their understanding during this time."