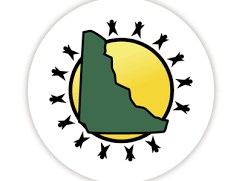 Hiring preference will be given to qualified candidates who self-identify as Yukon First Nation or Canadian Aboriginal ancestry. The pilot project is an initiative under Breaking Trail Together, a Government of Yukon plan to increase representation of First Nation employees in the public service.

The pilot project is an initiative under Breaking Trail Together, a Government of Yukon plan to increase representation of First Nation employees in the public service. The plan was developed in collaboration with Yukon First Nations governments and addresses the Government of Yukon’s legal obligation under the Final Agreements to develop and implement a Representative Public Service Plan.

The hiring preference is a two-tiered system. It gives qualified candidates:

The hiring preference is applied at the end of the competition. This occurs once all assessments are complete. Regardless of ancestry, successful candidates must posses all essential qualifications, knowledge, skills and suitability required to perform the job.

"Our public service should reflect the population that we serve. This ensures the programs and services that we deliver are inclusive and meet the needs of all Yukoners. The preferential hiring pilot project allows us to test this approach to increasing representation of Aboriginal people within the Government of Yukon and advance reconciliation efforts with Yukon First Nations." Minister of Public Service Commission Richard Mostyn

Yukon’s Aboriginal population is 23 per cent based on 2016 federal census data.

Government of Yukon employees who self-identify as Aboriginal is 15 per cent while Aboriginal people of working age, 20 to 64 years old, in Yukon is 22 per cent.

Preference hiring will help the Government of Yukon meet its employment equity objectives as well as Final Agreement obligations.

The goal is to increase the representation of Aboriginal people within the public service across a broad spectrum of occupations and pay levels.

The Government of Yukon remains the single largest employer in Yukon with more than 5,000 employees as of March 31, 2018.