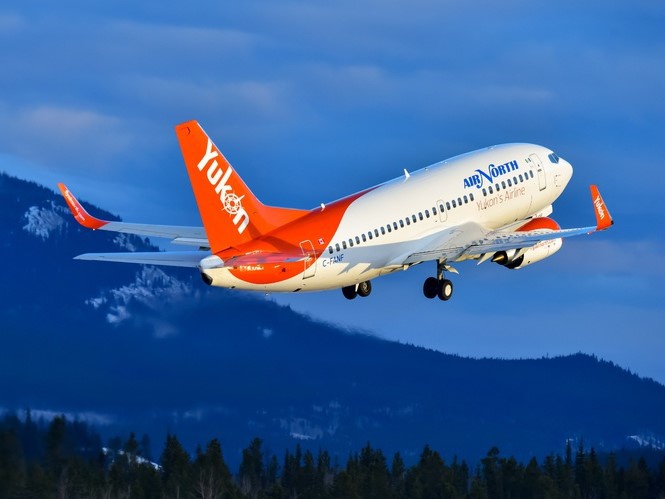 Air North, Yukon's Airline has been named the Travellers' Choice Best Airline in Canada for 2020, by Tripadvisor. The awards are given based on positive Tripadvisor reviews the company received throughout 2019.

The awards are given based on positive Tripadvisor reviews the company received throughout 2019. Award winners are known for consistently receiving great flyer feedback, placing them among travellers' favorites around the globe. This is the first time Air North has been awarded Travellers' Choice Best Airline in Canada, and the second year in a row it has been awarded Travellers' Choice Specialty Airline in North America.

Joe Sparling, Air North's President and CEO is honoured to receive these awards, proud of the great team for earning them, and thankful to all loyal Yukoners and travellers from around the world for taking the time to provide a review to Tripadvisor.

"I am especially pleased to see these awards go to a northern air carrier as it provides a great illustration of the role they play in the North, not only providing essential air services, but also strengthening the northern economy through Indigenous and non-Indigenous employment and investment," Sparling said.

Kanika Soni, Chief Commercial Officer at Tripadvisor said in a statement, "Winners of the 2020 Travellers' Choice Awards should be proud of this distinguished recognition. Although it's been a challenging year for travel and hospitality, we want to celebrate our partners' achievements. Award winners are beloved for their exceptional service and quality. Not only are these winners well deserving, they are also a great source of inspiration for travellers as the world begins to venture out again."

On Monday, the airline announced the Air North Care First program, which focuses on putting the care of their passengers, communities and staff first by implementing additional health and safety measures. As part of this commitment, Air North is not selling middle seats on their Boeing 737 jets, except to passengers of the same social bubble, in order to facilitate physical distancing onboard.