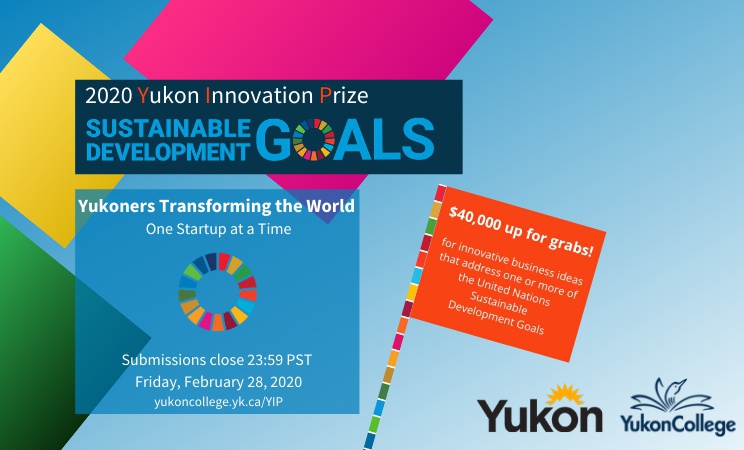 Yukoner, Stefan Weissenberg has been named the winner of the 2020 Yukon Innovation Prize (YIP) by the Government of Yukon, Economic Development and Yukon College's Innovation & Entrepreneurship (I&E) for his hydrogen cell snowmobile idea.

In response to the 2020 YIP theme, the United Nations Sustainable Development Goals, Weissenberg's project addresses affordable clean energy and climate action by designing the first hydrogen fuel cell snowmobile in the world, giving northerners a cleaner engine for over-land transport in the winter. The reliable and durable design will outperform battery hybrid options by way of a longer range, quicker fill times and better performance in cold temperatures. Weissenberg received a $10,000 award and wrap-around business supports from Innovation & Entrepreneurship.

Minister of Economic Development, Ranj Pillai said in a statement, "The hydrogen cell snowmobile retrofit project is a fantastic example of a renewable energy innovation with clear Yukon applications. The Government of Yukon is proud to support this project through the Yukon Innovation Prize. Congratulations to Mr. Weissenberg and thank you to all the prize winners for being such great representatives of the Yukon entrepreneur community."

This year, the YIP celebrated its sixth anniversary by taking on a new format to support a greater number of new ideas from Yukon innovators. In addition to the $10,000 grand prize, six prizes of $5,000 were awarded for project ideas in fields such as agriculture, clean energy, education, and plastic waste. These six winners - 50% of whom are women - will also benefit from wrap-around services from Yukon College Innovation & Entrepreneurship.