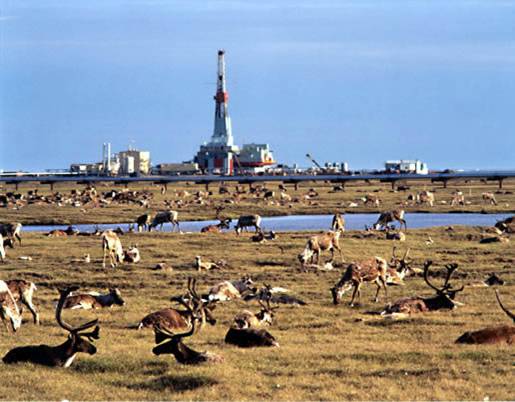 The U.S. Government recently approved an oil and gas leasing program in the Arctic Refuge. The Gwich’in and environmental groups, including CPAWS Yukon, are challenging the decision in court.

Fifteen Canadian environmental groups released an open letter calling on Canadian financial institutions TD, CIBC and Scotiabank to rule out funding for oil and gas development in the Arctic National Wildlife Refuge. The move comes days after BMO announced that it will not finance fossil fuel development in the Arctic Refuge. Earlier this month RBC became the first Canadian bank to release an Arctic Refuge policy.

The letter’s signatories include the Canadian Parks and Wilderness Society, Greenpeace Canada, 350.org, Stand.Earth, the Wilderness Committee, Nature Canada, and CPAWS chapters from nine provinces and territories. The letter states that “even though the Arctic Refuge is situated in Alaska, oil and gas development would send ripple effects into Canada.” Environmental groups “strongly oppose oil and gas development on the Coastal Plain of the Arctic National Wildlife Refuge, and urge [Canadian banks] to enact a policy to screen out financing for such projects.”

This letter comes at an important moment in the decades-long campaign to protect the Arctic Refuge. “The banking industry is distancing itself from drilling in the Arctic Refuge,” said Makolm Boothroyd, Campaigns Coordinator with the Yukon chapter of the Canadian Parks and Wilderness Society (CPAWS Yukon). “TD, CIBC and Scotiabank will become laggards if they don’t take formal action soon.” A growing list of banks have already refused to fund drilling in the Arctic Refuge, including Goldman Sachs, JP Morgan Chase, Citi, Morgan Stanley, Wells Fargo in the United States, and over a dozen banks overseas.

Pressure is mounting on TD, CIBC and Scotiabank to also reject funding for Arctic Refuge drilling. The Vuntut Gwitchin First Nation, Gwich’in Tribal Council and CPAWS Yukon have been in discussions with Canada’s five major banks since last December. In recent weeks over 11,000 CPAWS supporters have written to banks in favour of protecting the Arctic Refuge.

“Canadians from coast to coast have told the banks that the Arctic Refuge is no place for drilling, and it’s good to see that BMO has heard the message.” said Chris Rider, CPAWS Yukon Executive Director. “It’s no longer a matter of which bank will be next to make an Arctic Refuge policy - we’re now watching a race for who will be the last to the finish line.”

The Refuge is a sacred land to the Gwich’in, and the birthplace of the Porcupine caribou herd. The U.S. Government recently approved an oil and gas leasing program in the Arctic Refuge. The Gwich’in and environmental groups, including CPAWS Yukon, are challenging the decision in court.