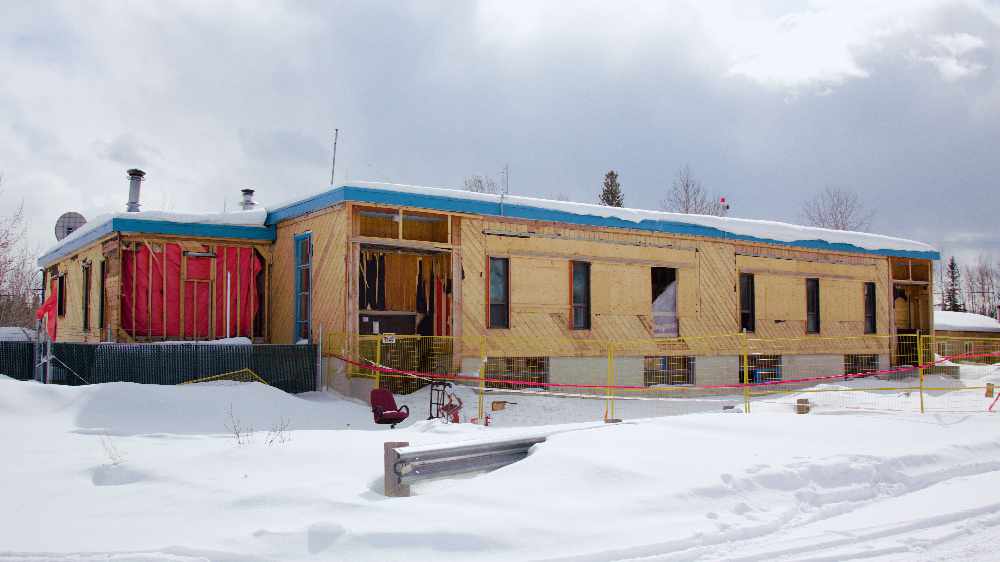 The site of the former Lower Post residential school.

It will be replaced with a new community and cultural centre.

A building in Lower Post, British Columbia that is the last remaining part of what used to a residential school, is set to be demolished and replaced with a community and cultural centre.

The residential school was operated by the Roman Catholics between 1951 and 1975. The building was later the location of the community’s post office. As well, it was used as an administration office for services in the community.

The government of Canada will provide over $11.5 million to fund the creation of the Daylu Dena Multi-Purpose Cultural Building. The multi-purpose building will include program rooms for beading, story telling, and elders tea. It will also feature an indoor gym, an industrial kitchen, a garden, and outdoor recreation areas. The facility will also offer office space for the Daylu Dena Council.

John D. Ward is a spokesperson for Taku River Tlingit First Nation, he says this could be an example for the rest of Canada to follow.

“I really believe that this event can lead the way for Canada because all of Canada needs to heal from this. It’s a national experience. Our governments need to heal, churches need to heal, and I think that we can really be a shining example of those and I’m glad for the relationships that were built. I also want to share my gratitude on behalf of Taku River Tlingits to those leaders that hung in there and worked really hard to keep this vision alive.” Says Ward.

The government of Canada has been working with the Daylu Dena Council since 1993 on the environmental remediation of the site of the former residential school. In preparation for the demolition, site remediation and hazardous materials removal will need to be done.

A ground breaking ceremony will take place at the site this summer.